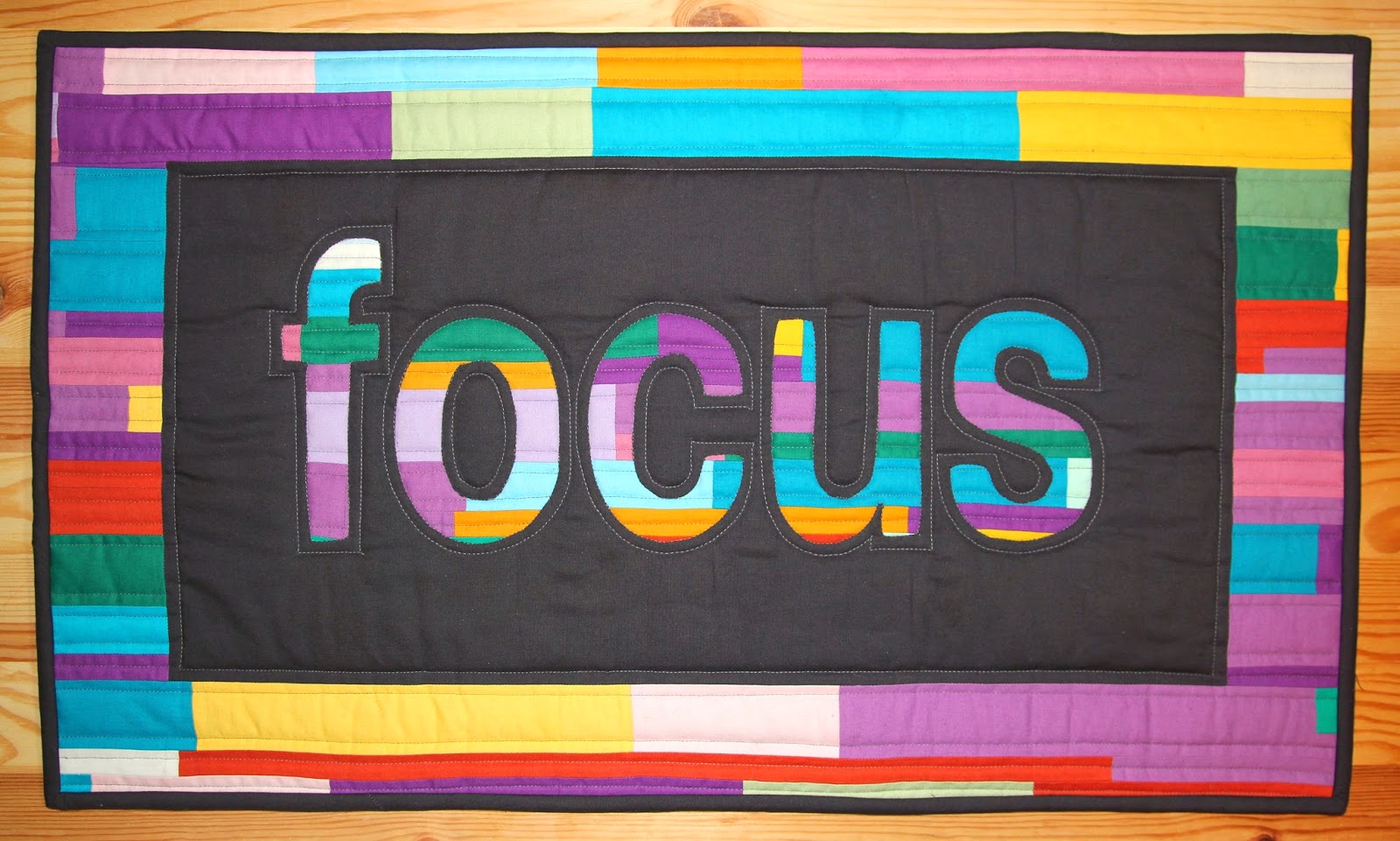 My first finish of the year is a small banner for Victoria Findlay Wolfe's word challenge over at 15 Minutes Play. I chose "FOCUS" as my mantra for 2014. I realized that I am too easily distracted by new combinations of fabrics, techniques and ideas. I tend to lose interest in a project once I can see how it will turn out. This year I will pay more attention to the act of making and completing something and not just its design. In life in general, I want to focus more on the people and things that are truly important to me. 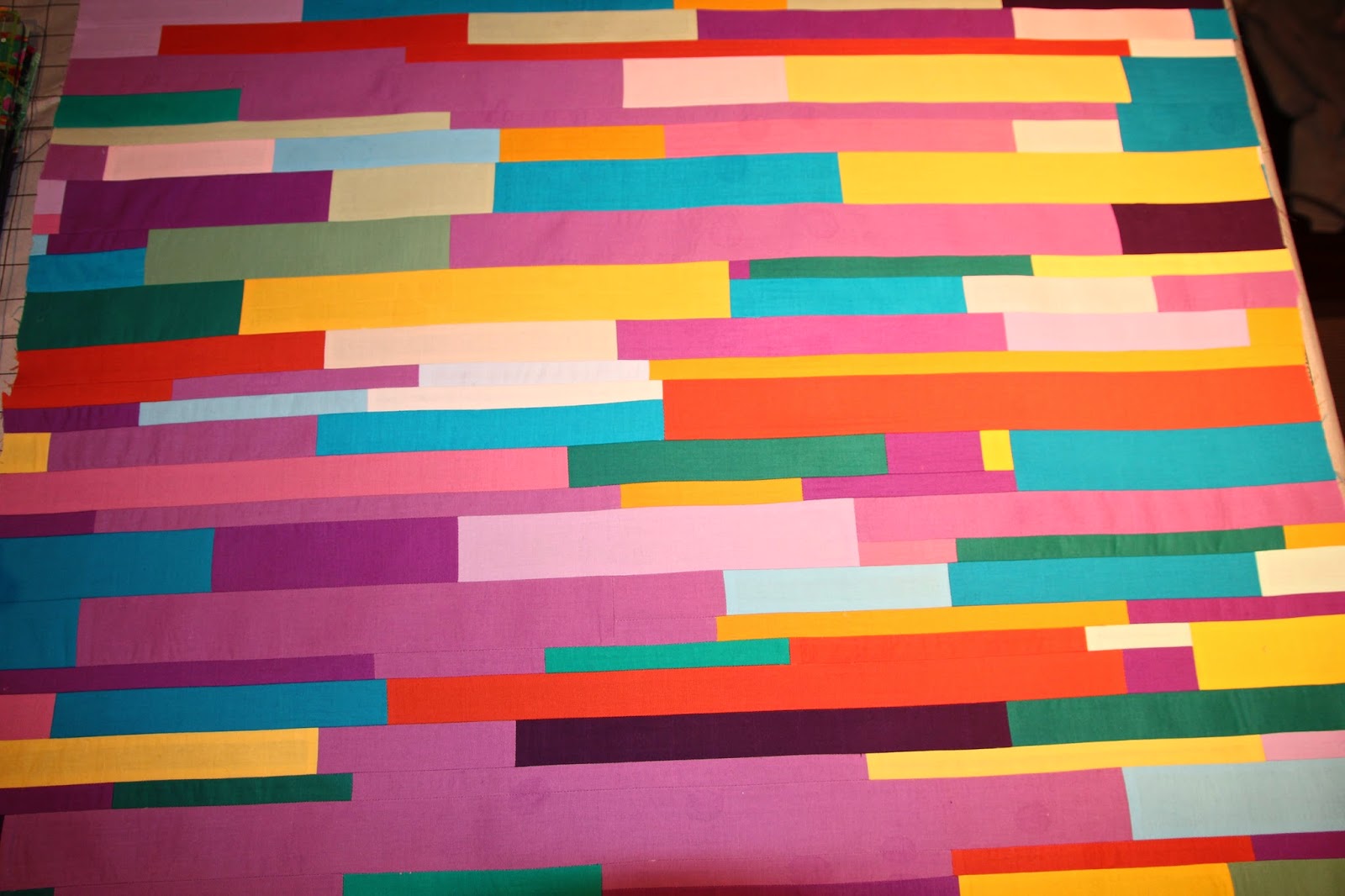 My "made" fabric is a little more ordered. I had a bunch of narrow strips of varying widths which were sewn together randomly in stacks of roughly 2". These were then joined into one giant strip.  I folded this strip in half and sewed down one side like in a Jelly Roll Race. I kept folding the piece and sewing down one side until I had a large rectangle. It was a very fast way to make fabric... 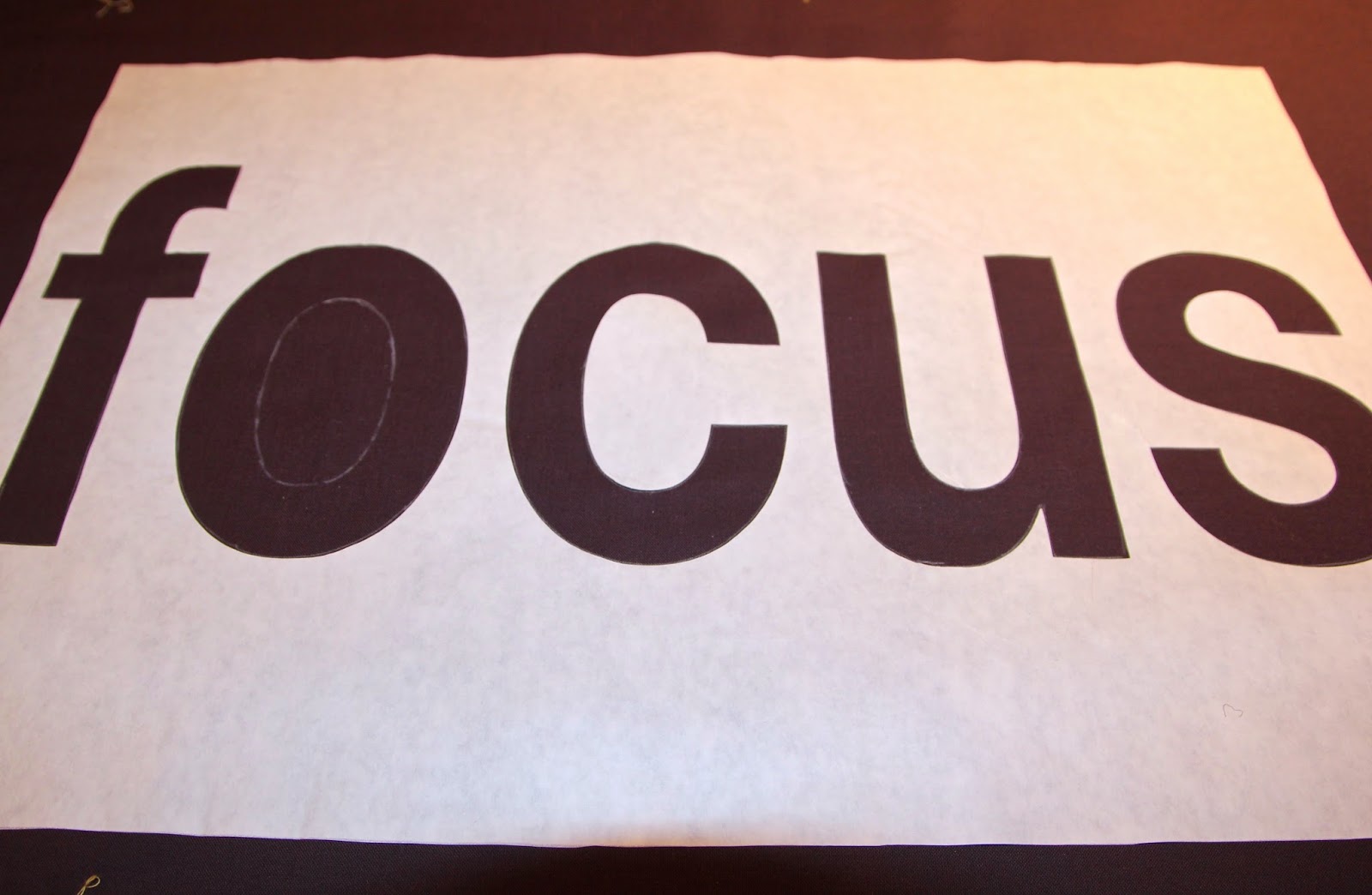 Next I created a stencil on freezer paper of my word which was then ironed to my fabric... 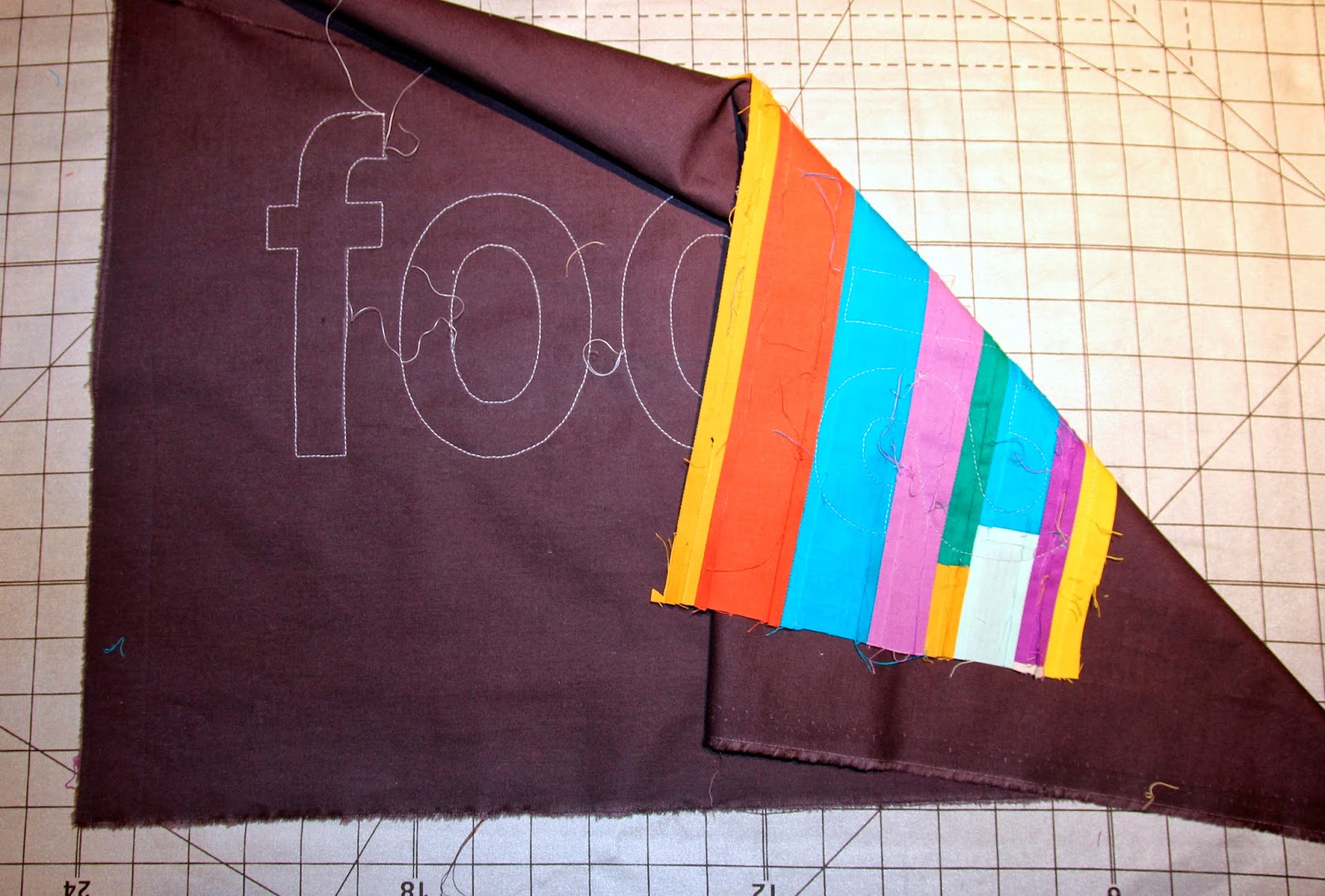 Using Liza Prior Lucy's front basting technique I sewed around my letters to attach the colored backing to the charcoal overlay. My variation is that I use the machine to front baste rather than sewing around each shape by hand. I find it faster and I get a better crease to turn the edge. I cut away the excess grey to reveal the striped fabric behind. The letters were sewn using reverse applique.

It was fun to participate in this challenge and I hope that the resolution to FOCUS in 2014 is one that I keep...
Posted by fiberchick at 10:01 PM 14 comments: 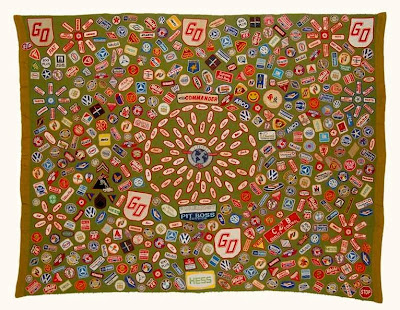 Check out this cool vintage quilt on Ist Dibs. It is made of automotive advertising patches and name tags sewn onto an olive base. Love it! 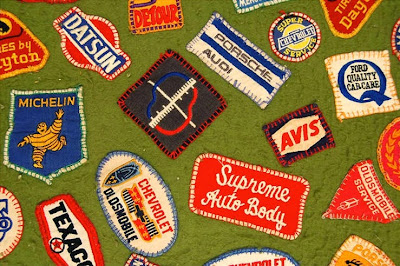 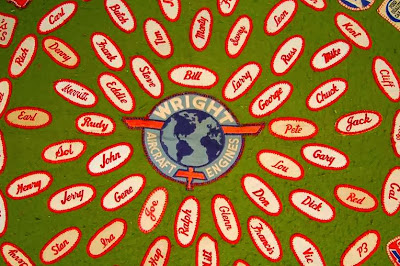